In Memory of P. M. Niebur 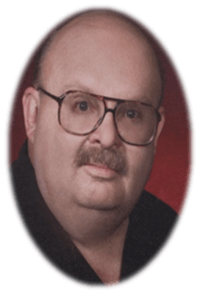 Mike was born on February 1, 1954 in Pittsfield, a son of Paul E. and Leoline C. Willard Niebur. Mike and Jennifer Smith were married on April 15, 2000 at the Pasa Park in Barry, IL by Judge Michael Roseberry.

Mike established and founded Niebur Funeral Home in Pittsfield in 1976 and Niebur Funeral Chapel in Barry, IL in 2003. He is the 7th generation of his family to live, work and worship in Pike County, Illinois and was so very proud to be a part of the growing and thriving communities. He graduated from Pittsfield High School in 1972 and Worsham College of Mortuary Science in Chicago, IL. He was a member of the Pittsfield First United Methodist Church where he served on the Administrative Council, was a church Lay Leader since 1986, sang in the Chancel Choir and served on the Pastor-Staff Relations Committee, the Finance Committee and Nominating Committee and Board of Trustees. Mike dearly loved his church and his church families.

He is a 32 year retired veteran of the Pittsfield Fire Department, where he held the office of Captain and the Fire Prevention and Education Officer for eighteen years. He was the recipient of the Eric Siepker Fireman of the Year Award. Mike was a member of the Pittsfield Lodge #790 A.F. & A.M., Quincy Consistory, Ansar Shrine Temple, Pike County Shrine Club, National Funeral Directors Association, Illinois Funeral Directors Association, Tri-State Funeral Director Association, and Chairman and Sponsor of Pike County Ducks Unlimited Committee. Mike is also a member of the Moose Lodge #420 and Old Orchard Country Club. He was an avid water fowler, enjoyed golfing and fishing and his wide circle of friends and family. Mike enjoyed telling and hearing a good joke or story.

Mike was famous for his “Digger’s” ham and volunteered his grilling expertise to many organizations. Mike’s greatest joy was his family and his son’s Josh and Nicholas. He enjoyed the times spent hunting with Josh and attending Nic’s football and baseball games. He was a proud supporter of the Pittsfield Little League and Pittsfield Youth Football in addition to various school and community functions within Pike County.

Memorials are suggested to be made to the Nicholas Niebur Education Fund or Oakwood Cemetery. Condolences may be sent to the family at www.nieburfh.com. “Niebur Funeral Home, Home Town Pride – Since 1872”

Charitable donations may be made in Paul Michael's memory to the following organizations: